Sherman Heights is named after Matthew Sherman, who bought the 160 acres in 1867 soon after Alonzo Horton bought the land that would become downtown San Diego. This area up the hill had beautiful views of the San Diego Bay and Sherman built two homes in the area, first a simple farmhouse and later a large mansion after he prospered. Both of Sherman’s homes still exist.

Many beautiful homes were built between the 1880s and the 1920s. The Villa Montezuma Museum at 20th and K Streets, built in 1887 for the famous spiritualist and pianist Jesse Shepard, is now owned by the City and operated by the San Diego Historical Society and supported by the Friends of the Villa Montezuma, Inc., as one of the finest Victorian house museums in the state. It has been closed for restoration since late February 2006. Through the 1940s, the mostly residential Sherman Heights thrived as a middle class neighborhood next to downtown San Diego. Highway building in the 1940s through 1960s, coupled with the lure of the suburbs, led to many residents leaving this urban neighborhood in mid-century. The highways created new boundaries for Sherman Heights (19th Street to 25th Street from west to east, and G Street to Imperial Avenue from north to south) that exist still today.

Sherman Heights has a long history of housing a variety of newcomers. At the turn of the last century, Sherman Heights had many German, Italian, and Jewish immigrants. Japanese- and Chinese-Americans called Sherman Heights home from the 1920s through 1940s. It was primarily an African-American neighborhood during the 1950s through the 1970s. Since the 1970s it has had a strongly Latino population. Like many inner city areas that were considered past their prime, the area went through a rough period during the 1970s through 1980s. Now Sherman Heights is an ethnically diverse and thriving community enjoying a period of great interest and revitalization. There is strong support for historic preservation and restoration of the many fine buildings, and the  neighborhood was declared a historic district in 1987. The current residents are multi-ethnic, with a majority being Latino, and half the residents own their own homes. Those who live here are passionate about the area. Sherman Heights is located east of the East Village of downtown San Diego and only 10 blocks from Petco Park, the new baseball stadium for the San Diego Padres. We are just south of Golden Hill and north of Logan Heights. Visitors can easily reach Sherman Heights via Interstate 5 or the Martin Luther King, Jr. Freeway (Highway 94), or take the San Diego Trolley (Orange Line) to the Cesar E. Chavez/25th and Commercial Trolley Station.

Get ready for some dancing! 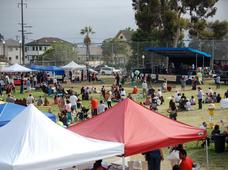 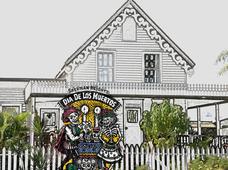 Join us for one of our many events in our Historic Neighborhood!

One of the finest House Museums in the State of  California 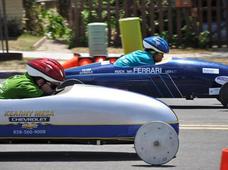 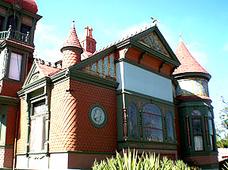 ​​DAY OF THE DEAD

22nd Street from Market down to Imperial Street... Join us  for a great ride!